You can help to promote this fundraising page simply by recommending the page on Facebook!
or share a link directly to this page:
https://shieldandheart.org.au/ocd.aspx?action=showFundraising&id=12 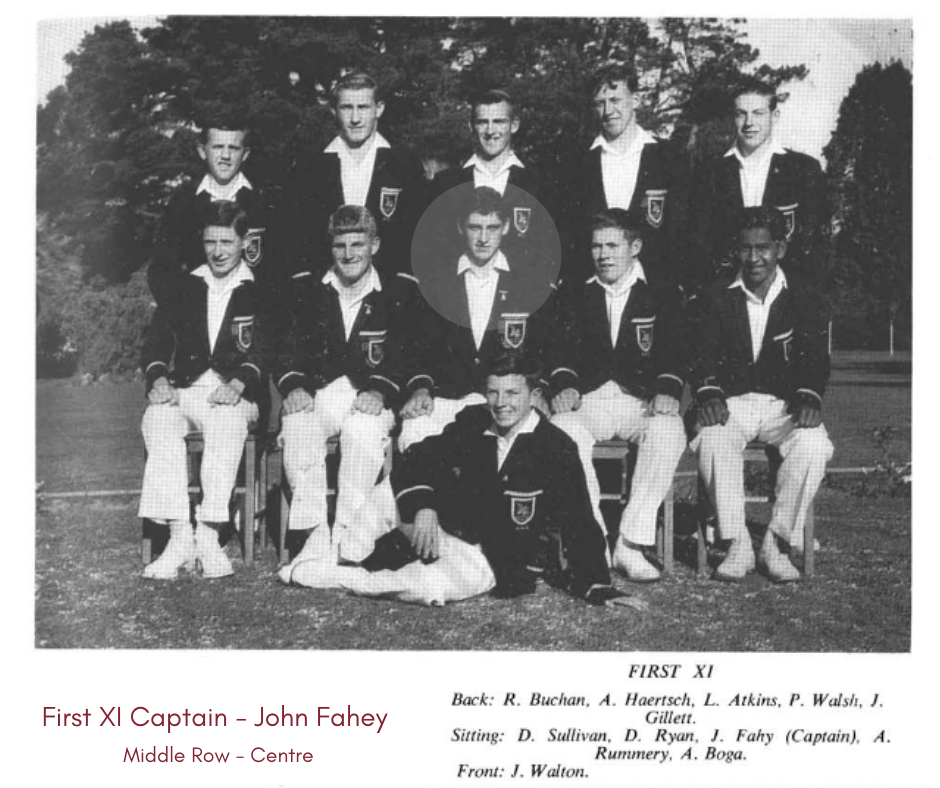 John Fahey won a bursary to attend Chevalier College, enrolling in 1958 and graduating in 1962. From humble beginnings, John developed his potential and often credited the college with being a critical element in the formation of his character, his moral values and principles. In his leaving year John was a prefect, a leader in the college’s Young Catholic Society, captain of the First XI cricket team and a member of a much-acclaimed First XV rugby team. John’s children Matthew (CPS 1987), Melanie (CPS 1990) and Tiffany (CPS 1996) also all attended Chevalier College.

John Fahey was elected to the NSW Parliament in 1984 and rose to become a minister and then Premier from 1992-1995. During that time, aside from the reforms and governance work of the day, John also became etched in the public memory for his courageous act of leaping to thwart what appeared to be a would-be assassination of Prince Charles by a man wielding a gun and then later famously leaping for joy in Monaco when Sydney was awarded the 2000 Olympics. Following the defeat in the close State election in 1995,  he was then elected to the Federal Parliament in 1996 and immediately appointed to a cabinet role as Minister for Finance and Administration, a role he held for six years until his retirement from politics.

Since his retirement from politics, John maintained some corporate advisory work and many other involvements  but then also took on the major role as the President of the World Anti-Doping Agency from 2008-13.  He has been the Chancellor of the Australian Catholic University since 2014. Last year he was awarded the Knight Grand Cross of the Order of St. Gregory the Great in recognition of his service to the Catholic Church in Australia.

College Board Chairman Matthew Waugh, from the Class of 1961, was himself a contemporary of John Fahey and has remained friends in the years since graduating. “John Fahey represented many of the best attributes of a Chevalier student and ranks most highly in regard among our alumni for those reasons. We offer our heartfelt condolences to his wife Colleen and his children, grandchildren and extended family. The sadness of John’s loss will also be felt by his classmates and many in the wider community.”

College Principal Chris McDermott said “John remained a champion for Chevalier all his life and was looked up to by many across all generations of past students and also by our present-day community. In 2016 he was awarded the Esprit du Chevalier Medal, the College’s highest public honour, which translates from the French as “Spirit of the Knight”.  The outstanding career of public service that John devoted to his region, state, country and indeed to the world, is testimony to that award. Chevalier College will remember John in our thoughts and prayers over the coming days and will work with his family, friends, classmates and colleagues to find a suitable occasion in the future to bring the community together for a fitting memorial service”.

President of the Chevalier Past Students association Mark Wallace (CPS 1976) said “The passing of John Fahey at the age of 75 is poignant as in under six months we celebrate the 75th anniversary of the college that he loved so much and which he himself said many times played such a big part in the formation of his character. That was also a wonderful formative era for Chevalier itself, and to see many of that generation leaving us now is a source of sadness. John was a leader at the school, not only was he captain of the First XI cricket team and a vital member of arguably the greatest First XV rugby team that has ever taken the field for Chevalier, but he was also a student leader in the Young Catholic Society. He is remembered outside the school too, as it is part of local folklore at HarbisonCare, the aged cared facility down the road from Chevalier, that John Fahey used to come down as a schoolboy in the 1950s and chop firewood for the elderly residents during winter as an act of kindness.”

His contemporary Matt Waugh concluded that John Fahey, like almost all the students of that time, also held great admiration for the then College Rector Fr Tyson Doneley OAM. “In many ways John lived up to ideals that we saw in Fr Doneley. Not only did John excel in sport like Fr Doneley, but he went on in public life to show the same quiet unassuming leadership that emphasised character, courage, and devotion in service to the community. Both men lived up to the College’s Latin motto – Fortes in Fide or 'Strong in Faith' " said Mr Waugh.

“In consultation with the family, our intention is to host a large memorial event here at the college, probably in 2021 once the COVID restrictions allow for significant public gatherings. Such an event can draw people together from the many different threads of John’s career and also the communities he worked with over those decades, especially those in the Southern Highlands and Macarthur regions.”

“We are particularly mindful that John’s daughter Melanie, herself a Chevalier Past Student from the Class of 1990, is currently in the USA and probably won’t be able to travel back to Australia until next year for that memorial event.

“Chevalier College has also consulted with the Fahey family and received their blessing for plans to create a scholarship in honour of John Fahey to help a student in the same way as John was helped by a competitive bursary to study here.”

“We are able to commit to offering that scholarship commencing in 2022 — 60 years after John graduated. The inaugural scholarship will be financially underwritten by the college, but we shall be inviting public support to sustain and grow an endowment fund in John Fahey’s memory to ensure the scholarship can be perpetual in nature,” said Mr McDermott. 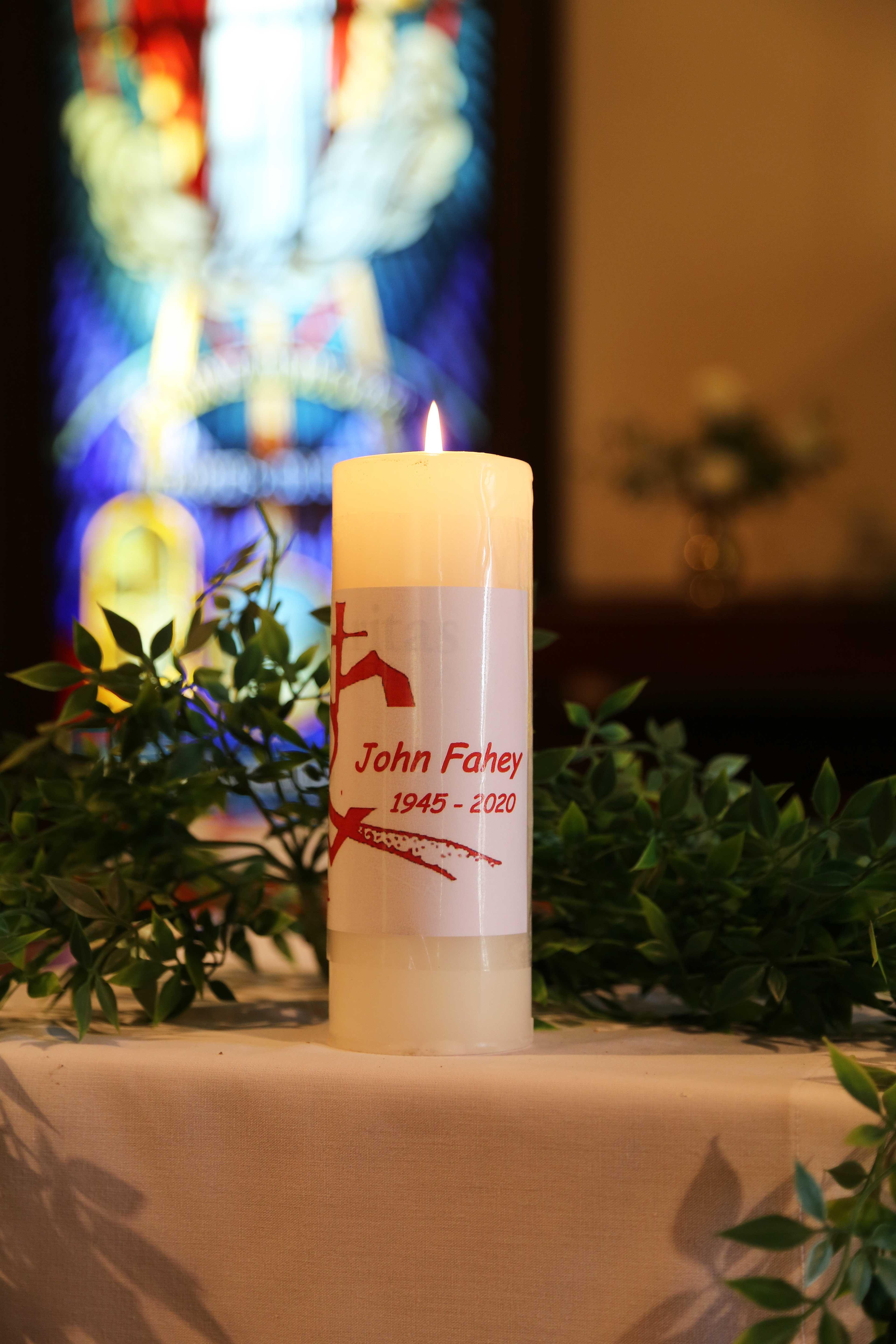