You can help to promote this fundraising page simply by recommending the page on Facebook!
or share a link directly to this page:
https://shieldandheart.org.au/ocd.aspx?action=showFundraising&id=8 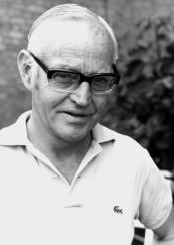 Fr Ignatius Tyson Doneley msc was born on 5 January 1921. Fr Doneley passed away at the age of 94 on 19 July 2015.  Having been ordained on 29 July 1946, the same year Chevalier College began, he continues his dedicated service to the MSC order. He has left his positive mark on the many schools and missions at which he has worked, and the education in mind and character of thousands of young people.

The Tyson Doneley Scholarship will be a high honour for its recipients. It would be a sought-after award for worthy young people who would not otherwise have had the opportunity for an education at Chevalier College in the MSC tradition.   As well as a financial means test, the criteria for awarding the scholarship would include seeking the attributes and aptitude of diverse active involvement in school life that Tyson Doneley himself encouraged and exemplified.

The Chevalier College Foundation is reaching back some 50 years in time to invite students, staff and families who were part of that era to support this scholarship.

To enable the scholarship endowment to be perpetual in nature, especially if it is to support a number of students, a large capital sum needs to be raised from which annual interest can be drawn to fund the bursary.

All donations over $2 to the Chevalier Scholarship Fund are tax deductible.

To donate to the Tyson Doneley Scholarship Endowment click the green Donate Now button at the top right of this page. 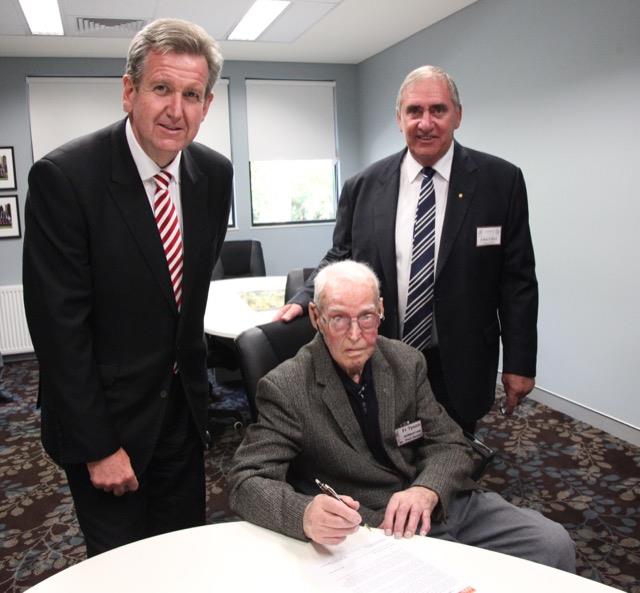 Fr Tyson Doneley signs the “Letter to Future Scholars” at the launch of the fundraising campaign for the scholarship endowment. Witnessing his signature are former Premier and Chevalier Past Student Hon. John Fahey AC and the then Premier Hon Barry O’Farrell MP who was taught by Fr Doneley at St Johns College Darwin in the late 1980s. Fr Ignatius Tyson Doneley msc was born on 5 January 1921 and passed away on 19 July 2015 at the age of 94. Having been ordained on 29 July 1946, the same year Chevalier College began, he has left his positive mark on the many schools and missions at which he has worked, and the education in mind and character of thousands of young people.